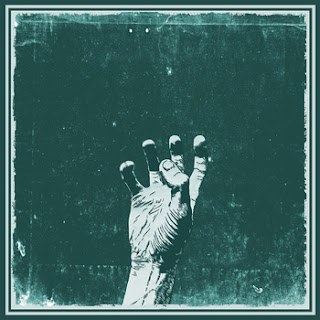 Local Brisbane band, No Anchor, is an organic entity. 'Organic'. There's no more appropriate term for them or their music. I'll tell you why.

Their sound is straightforward and direct, without any fancy trimmings. Their engagement with fans is more intriguing than marketing. And the effort that goes into their packaging and merchandise...if only every band had a talented artist as a member. Although I'm yet to see them perform live, I'm told on good authority their shows are tribal, intense and a little bit mad.

So it is with great interest that I sit down on this peaceful Sunday afternoon to write this review of No Anchor's full length album, Real Pain Supernova.

I'd say it's a pretty safe bet assuming the title is a play on the Oasis song Champagne Supernova. And it's kind of appropriate, as you couldn't reach deeper inside the abyss to find a band less like the Oasis blend of Beatle-esque, radio friendly, Metamucil-style pop. The version of Real Pain Supernova that I am reviewing is the digital version; there is also a longer format vinyl edition, but no CD format. The track listing for this digital version is:

The End opens the album with sparse death metal chords and vibration, lightening up with a seductive bass melody, and ultimately evolving into a bass and drum driven howling eruption. The end is the beginning, and on to Wolves Bite and Disappear, a wall of sound Phil Spector would be proud of. Primal is one word to describe it; screams from the gut, a cacophony of melded musicians creating an intense - sexual, even - peak and release. Dead Pony begins with a deceptively gentle opening, then quickly leaps into a pool of vocal fury. Melding metal and punk, this song pretty much ripped my ears from my skull and probed my brain with its angry little fingers. At 2.30 minutes, it indulges even the most dedicated windmill hair thrashing desires. 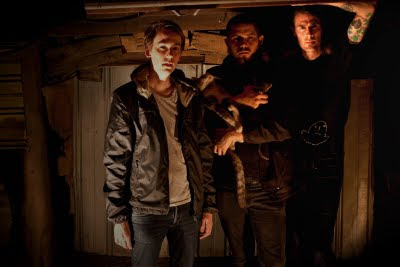 Gatton Bohemia's title intrigues me. When I was a kid I picked veg with my family in Gatton, a rural farming community, so the words 'Gatton' and 'Bohemia' just don't form a logical pairing in my mind. Although, where better to remove yourself from the mainstream than the sticks? I can't tell what words are being sung - and the band member I spoke to on Twitter said they're not an important part of experiencing their music - so I can't really tell what the intent of the song is, lyrically. This is a bit annoying for me because I'm a lyric hound, so I've tried to just sit back and absorb the music and the overall vibe. This song seems - to me - to represent some kind of frustration, desire to escape. The vocal atmosphere is of insanity, of chains waiting to be broken, and reminds me of John Lydon (if he was backed by competent musicians, which I would never really call The Sex Pistols!). The experimental, ear-splitting noises drove me to the edge of my seat - I hate high pitched sounds...they unnerve me - so if the desired outcome of this song was to make me feel really uneasy, it succeeded. The drumming toward the end of this track is phenomenal, the bass relentless. This song is insanity in a jar and is physically exhausting to listen to (it goes well past 17 minutes in length). And I like that about it. I enjoy being challenged with music versus digesting little bite-sized, radio friendly pieces that ultimately offer no creative satisfaction. I can see why you would buy this album on vinyl: the textures, I believe, would really suit that format. I can imagine lying on the floor at night in a dark house with this blaring on my stereo, feeling the vibrations shudder through my body.

Shut My Mouth is the most 'commercial' of all the songs, and while I type that I'm laughing because it's not commercial in any sense of the word. I mean, it's got a definite groove, song structure, and it's fun to thrash along to. I can imagine people with shorter attention spans really digging this track. The Perils of Small Town Living initially sounds like a different band entirely; it's almost gentle. The vocals echo and resonate alongside a jungle rhythm, tempting my headspace into Mojo Risin territory (is this what taking peyote would feel like?). Completely different to the rest of the album, but the drumming draws it into the Real Pain Supernova family and it has a big metal finish. Around the 4 minute territory I'm reminded of early Jane's Addiction. I think I could fall in love with this song, and this is the one that has created a burning desire to see No Anchor perform. Come Again once more reminds me of Jane's but with a bit of Sonic Youth thrown in for good measure. The final song, Key Cutter, is a more traditional rock song structure which vocally sounds like another local band, SixFtHick. I would've omitted the female vocals at the end, as they just don't sit well with the rest of the album and are a little jolting. However, a miniscule criticism. Another grooving song to end the album.

For me, one of the fantastic aspects of No Anchor is that their music resonates with the faint memory of genres - particularly from the '90s grunge, experimental sound - but I can't pinpoint any precise influences or bands they particularly sound like apart from, perhaps, an overarching Melvins vibe. That's pretty great, because it means No Anchor sounds like No Anchor.

What a surprising, amazing album with a powerful impact. Respect. 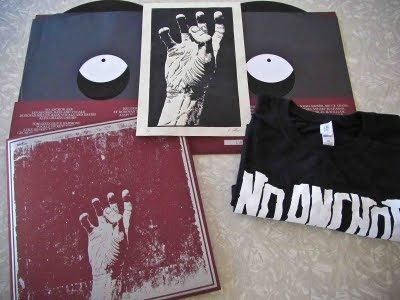 Band members are: Alex Gillies on drums, Ian Rogers on bass/vocals, and Donovan Miller on bass/vocals. The album was released on 9 May 2011 and was recorded and mixed by Donovan Miller at Nowhere, mastered by Mell Dettmer, and additional textures are by Lawrence English. The fabulous album artwork was designed by the multi-talented No Anchor drummer, Alex Gillies.

All images on this post have been taken from the No Anchor website and remain the property of the band.