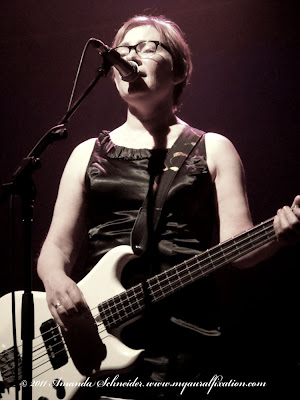 On 18 August 2011 I saw The Clouds perform at The Tivoli in Brisbane. Yes, theoretically they were supporting Jesus Jones and The Wonderstuff. But I was there to see only The Clouds and left after their performance. It was magic.

The girls have lost none of their melodic power. Hit after hit flowed, carrying their dedicated fans from the '90s back in time.

The Clouds formed in Sydney in 1989 and became the primary reason for myself and many of my female friends picking up instruments. Jodi Phillis and Trish Young were, back then, a sight for sore eyes and ears, leading the new movement of grrrl power in Australia.

While their songs were radio-friendly, they were still complex and well crafted. The harmonies of Jodi and Trish remain one of the most beautiful elements of the band's music.

One of my favourite albums from any Australian band is The Clouds' Penny Century. I remember when my friends and I heard the first single from the album in 1991, we fell in love with them. Live performances only solidified our obsession. One friend was obsessively in lust with Jodi and Trish; this became a common ailment among the guys (and girls) in my social group. 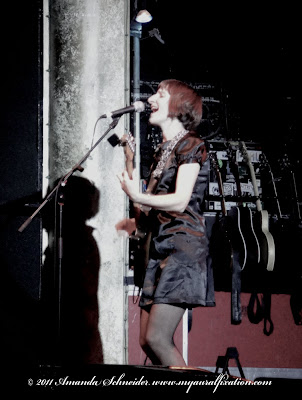 It was a beautiful evening at The Tivoli, not only for reminiscing but because The Clouds showed they are still an incredible live band. I can only hope the success of this support spot convinces the band to perform more regularly again, introducing their music to a new generation.

Learn more about The Clouds through reading their Wiki entry.

Listen to Triple J music specials on The Clouds.

I love The Clouds! I hope they perform live music long island, soon.