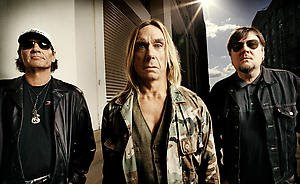 Ron Asheton, guitarist and founding member of The Stooges, was found dead at his home in Michigan on Tuesday, police said. Asheton, 60, was found on his couch and appeared to have been dead for several days, Ann Arbor Police Sergeant Brad Hill said. "We do not expect foul play," Sgt Hill said.

Police were called to Asheton's home shortly after midnight after an acquaintance reported that he had been unable to contact him for several days.

"We are shocked and shaken by the news of Ron’s death. He was a great friend, brother, musician, trooper. Irreplaceable. He will be missed. For all that knew him behind the façade of Mr Cool & Quirky, he was a kind-hearted, genuine, warm person who always believed that people meant well even if they did not. As a musician Ron was The Guitar God, idol to follow and inspire others. That is how he will be remembered by people who had a great pleasure to work with him, learn from him and share good and bad times with him."

On a personal note, frontman Iggy Pop says, "I am in shock. He was my best friend."

It's probably impossible for you to be a music lover and NOT know about The Stooges. One of my all-time favourite bands -- in constant rotation on my iPod -- their music was absolutely the inspirational groundforce in the Detroit rock scene of the late '60s and '70s. Although most of the attention was focused on Pop, the band as a whole was integral to the creation of a sound that is emulated today by thousands of musicians around the world.

With his brother Scott, Ron was a founding member of the band, formed in 1967. Their music is an amazing mixture of primitive groove with a punk edge, never dull, never predictable. Some of their better known songs include I Wanna Be Your Dog and No Fun.