Underworld : Rise of the Lycans (soundtrack) 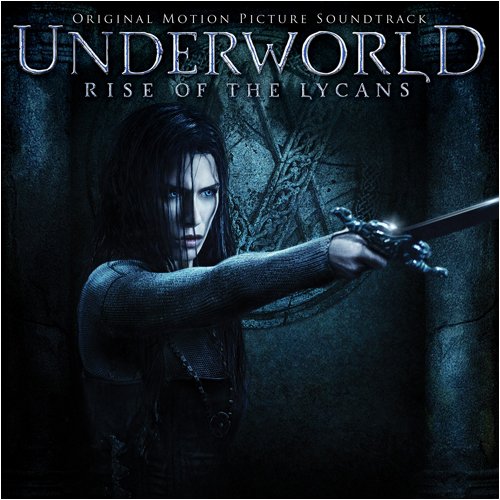 While I didn't mind the original Underworld film, subsequent versions have followed the same theme, seemingly copying from the Vampyre Masquerade LARP concept. So it's no surprise the soundtrack is also becoming tired and formulaic.

While the original soundtrack contained some gems, this outing for Rise of the Lycans is predictable and rather dull. Just ask TWM, my reviewer connection in the US. You see, Lakeshore Records wouldn't post a copy of the soundtrack to me for review; independent Australian music media isn't a priority in their marketing plan, obviously. So they sent it to TWM instead, who reviewed it for me. Here is his accurate, albeit brief, opinion:

"Dark, repetitive music from a soundtrack that fails to satisfy.

I wanted to say something good about this. Really, I did. (You now know I didn't like it, so feel free to skip to the next review if you're in a hurry.)

I actually like some of the artists, and I'm typically a fan of dark music. The Cure's Underneath The Stars [Renholder Remix] featuring Maynard James Keenan/Puscifer and Milla stands out. It just seems that angst is big business these days. I don't care when it started, or who started it; that's not the point. I just wanna' know when it's gonna' end.

I've got a theory that the end is near and, by that, I mean the end of new music. We're fast approaching an event horizon of creativity. Everything's been done. All of it, sampled, looped, recorded, injected, inspected, detected, infected, neglected and selected to the point of exhaustion.

If you seek cheerless, mindless and pointless, belly up to the bar...your wet dream just walked in."

Well, I might not have been so succinct -- TWM is more of a 'to the point' kind of guy -- but, from snippets I've heard in the past week, he has a point. The Cure song creates atmosphere and has presence but the other songs on the soundtrack are just a mish-mash of the same old industrial sounds I've been hearing since the '90s. Miss Murder [VNV Nation Remix] by AFI is possibly the worst offender; meaningless pap. The Black Light Burns number is, of course, the best on the soundtrack, but there seems to be little point getting excited about that tasty morsel anymore considering Wes Borland's recent decision (which I'm sure he'll live to regret) to rejoin Limp Bizkit.

So, ultimately, your money would better be spent on some original music where a bit of the artist's heart and soul is present. This soundtrack is the music equivalent of Burger King; it's the seemingly less commercial version, but it's just as bad for you.