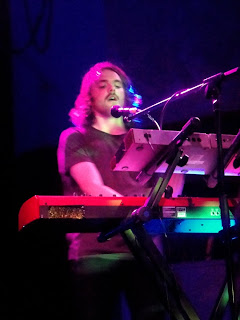 The Midnight Juggernauts is a continually surprising band. I saw them, around four years ago, in tiny clubs packed to capacity with rabid fans, and at festivals where some of the punters were so blitzed off their faces anybody could've been onstage. I was fortunate to experience their rise to mainstream popularity when their single Shadows from the EP Secrets of the Universe became the 'feel-good dance hit of the summer'. In 2007, the band released their first album, Dystopia, on their own label and began to achieve recognition overseas.

However, I was a little concerned for the future of their career in Australia. You know how Australians can be: if someone gets popular that's okay, but if they become too popular, some Australians tend to shun them. The band quickly becomes a big fish in a little pond and invariably moves to Europe.

While Australians have generally maintained love for the Midnight Juggernauts, the band has also gained a dedicated following in Europe, both through gigging and DJ sets in clubs. In fact, it certainly seems like they've been gigging for the best part of four years.

Which is why I was so pleased to hear they would release a new album - The Crystal Axis - this year. When I first watched the clip for This New Technology on YouTube, I was blown away. The band's sound had evolved from a funky '80s-inspired electronic band to one with more heart and soul, dynamics, atmosphere, and a slightly darker edge. But the doubters arrived on the scene; the people who weren't so willing to embrace this new side to the band, those who wanted the lighter dance element back. They were bemoaning the loss of their old festival band while here I was loving them even more.

So I set off to West End's Hi-Fi venue on Saturday night wondering what the fan response would be to their new music. The band was absolutely, kick-arse, blow the rest out of the water incredible onstage. Not only are they much better live musicians now, but Vincent Vendetta's lower vocal register is stronger and didn't falter once throughout the set. Andrew Szekeres seems much more relaxed performing live now and hovered between bass, guitar, synth, and percussion. Andrew displays such vitality onstage and is the perfect diversion from Vin's relative stillness. Daniel Stricker is a powerful drummer and this is really where I find some 'dance' bands fail; they lack a strong live percussion element in their gigs. Not so the Juggernauts. Daniel displayed why the Lost Valentinos are probably still lamenting his decision to pursue a career with the Juggernauts instead. Watching Daniel was like immersing myself into a tribal voodoo dance ritual in which only the beat mattered. Amazing.

If you missed the gig, you should be regretting that decision by now. The Midnight Juggernauts were cool four years ago, but they're phenomenal now. Even leaving the gig to the news Tony Abbott could potentially be our new Prime Minister couldn't dampen my mood. Well, maybe it did a little... ;)

For more info on the band, visit their website. 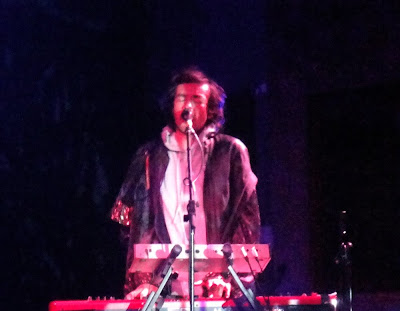 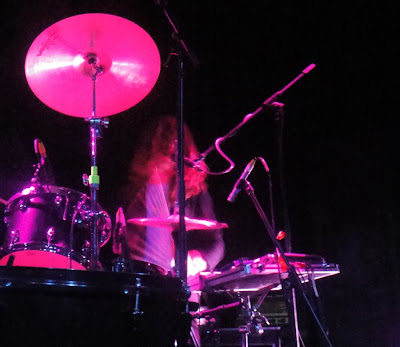 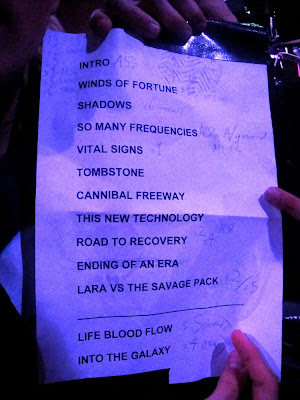 This review was written for The Dwarf, one of the best sources of credible information about music in this country.