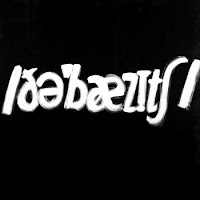 Music that can help you to escape yourself is a godsend.

By that, I mean if you're like I am today - fluey, pretty much annoyed at everything - and you put on an album that makes you feel awesome, therein lies the power of well written music.

I'm fortunate enough to be reviewing The Basics' album - The Basics - which was recorded live at the Northcote Social Club in Melbourne. I've seen these guys perform at The Zoo in Brisbane once before, and while their recorded music is also excellent, it's live that they really shine. They are a phenomenal live band, the type to make you lose yourself in the moment, like some hallucinatory shaman scene from the mind of Jim Morrison. If you've never heard their music before, think of The Beatles meets Motown meets ska meets funk. It's a blend that works.

The Basics - based in Melbourne, Australia - consists of Wally De Backer on drums and vocals, Kris Schroeder on bass and vocals, and the lovely Tim Heath on guitar and vocals. When they perform live, the band is substantially fleshed out with additional musicians to embody the soul and spirit of Motown, so it's essential you see them in some seedy bar like those jazz clubs in 1950s films.

This live album is incredibly uplifting and has a positive spirit that embodies The Basics' live ethos. What is more surprising is that the band has offered this album as a free download from their Bandcamp for an indefinite period of time. I would've paid good money for music this good! The band also offered a limited edition vinyl set to fans on a pre-order basis, so lucky you if you got your hands on one of those.

So, I've played this album three times in a row today, and I'm feeling better already (despite this wretched flu rubbish). If someone could imbue a product with the essence of The Basics, it could become a modern day cure all for every ailment known to man. Even the lovelorn laments are so beautiful they create a sense of joy within me.

The strongest aspects of The Basics' live performance is the shock and awe of punters as they realise those on-record harmonies are as good - if not better - in person. The Basics keep it simple, and I don't say that with one ounce of condescension in mind. They remember what the reason for music is: to make people feel something. The music is simple enough that the lyrics, always written with care and laced with raw emotion, can take effect. And you can hear the appreciation of the audience on this album, which gives it great atmosphere (especially love the audience percussion on Three Cool Cats).

The songs chosen by the band for this album are brilliant and create a great flow. Favourites of mine include Like a Brother (which reminds me of some '70s action tv show theme...wacka wacka slap slap ;), Have Love, Will Travel (because I'm a go-go dancer from waaay back), Feels Like Love (I'm a total lost romantic not made for these times), the super funky (kinda sleazy sounding, but not) U R The 1, the pop/ska brilliance of Lookin' Over My Shoulder (I'm a REAL sucker for ska), and their cover of You Got It (The Right Stuff). That they can make a New Kids on the Block song cool says much for the calibre of their talent!

On this album, the musicians joining The Basics onstage were David Bramble, Simon Imrei, Gideon Brazil and Uncle Monty Mackenzie.

You can catch The Basics on tour around Australia in October and November. Visit their website for the details, and make sure you buy some of their other albums. I cannot highly enough recommend this live album and yes, I think they should be charging something for it :)

Rattle my Chain is a definate stand out track on the album. Back up by the fact I saw them perform it live at The Clubhouse on the 5th of November. Will be sad to see them go :(
One of Australias hardest working and most talented live acts.