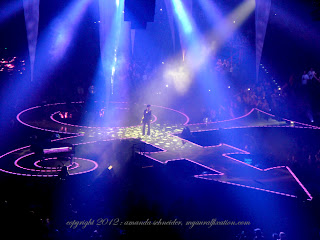 I've waited a while to see Prince perform. 32 years, to be precise. And boy, was that wait worth it.

I didn't write a review of this last weekend because I wanted to think about it a little longer. While an absolutely astounding, note perfect, professional performance, there were a couple of aspects lacking from the show.

At times, I felt I was the only audience member responding to Prince's pleas to sing along. At one point - during Kiss - I felt I was the only person who knew all the words. Was this actually true? Probably not; I'd say a few hundred people sang along with me. But in a packed stadium-size venue, I expected more from the audience.

There is an element of gig goer these days who go to see famous performers for the wrong reason: to say they've seen the gig. They want to ensure they've been to every big music event happening so they can brag about it at the water cooler at work, or at their next dinner party. These people can be the reason tickets are so hard to get and why rabid fans miss out. These people don't know the music and they don't know the lyrics. They are of every age group. All they know is Prince is some famous musician so they had to see him.

Prince is what the industry calls a triple threat: he can sing, he can play multiple musical instruments, and he can dance. He is an incredible showman; his stage setup blew my mind. It was aesthetically beautiful, as were his dancers. The musicians performing at the concert as his backing band were proficient and impressive. What I missed was the old Prince I had always wanted to see: the wild, sexual, jamming prince of funk.

The show was flawless. I couldn't find one fault with his performance or any other aspect of the gig. And it would seem strange to complain about this. I just wish I'd seen some element of the Prince punters described seeing at the official after-jam party on Saturday night: that wild, spontaneous master of the guitar going just a little bit crazy. 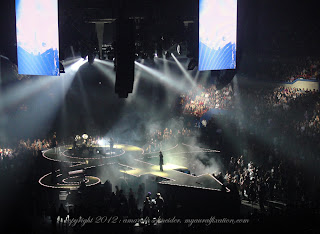 That said, I had an amazing experience and breathed in every bit of every second I was looking down at this legend of my time. With songs like Let's Go Crazy, we saw the talented axeman draped by gorgeous dancers, grinding and wailing. With Sign O The Times, it was a more modern, sampled sound. Purple Rain - with Prince alone at the piano - sent shivers up my spine. His voice is splendid; he has an impressive vocal range and can be as delicate as he can soar. He easily manipulates the audience through a vast array of emotions which results in a delirious feeling at times, like you've been spun around a few too many times.

There was a lot of activity onstage - perhaps a bit too much - as musicians and dancers went off and up and down through a variety of mechanised stage setups. Prince worked the entire stage - in the shape of his famous 'sign' - and the momentum didn't feel as though it let up for one second. It was definitely a performance, a finely oiled stage show befitting a perfectionist like Prince, which reflected the breadth of his incredible catalogue of work.

My favourite song of the evening was Empty Room. I barely drew breath as Prince delicately plucked my heart strings with this moment. 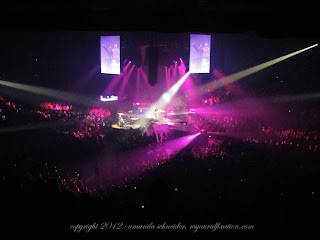 If you were fortunate enough to experience this show along with me, or at any other gig on his worldwide tour, you will understand what I mean when I say this man is one of the most impressive musicians of the past 30 years. His 'strangeness' has at times overshadowed his music. He's made the headlines with name changes and copyright protection. But none of this matters to me one bit. His musical brilliance and the amount of energy he has put into his career and the careers of others he has mentored makes him, to me, a genius. This was a show I won't forget.


[Prince performed this gig at the Brisbane Entertainment Centre. A full setlist for the gig is available from Purple House.] 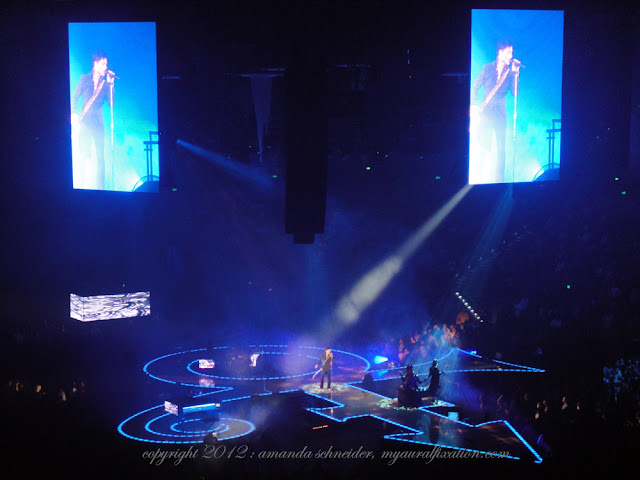