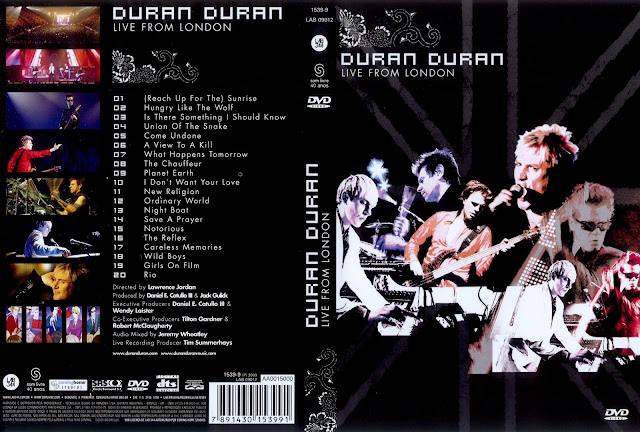 When I was 11 years old, I used to stalk my local newsagent waiting for the latest Smash Hits magazine to arrive from the UK. The reason? So I could rip out the inevitable Duran Duran poster from the middle, stick it on my wall, and cover it in a rain of adolescent kisses.

Nobody ever compared to John Taylor from Duran Duran. With his lanky frame, dyed auburn shag, and funky bass lines, he was the epitomy of ‘80s rock glamour and cool, the decadent age of New Romanticism where every film clip contained fantasy fodder to fill in the gaps during the forthcoming 20 years of relationship mediocrity. John was my favourite – his face on the Smash Hits poster bore the brunt of my pucker – and every girl, and some boys, had a favourite.

For my cousin Helen, it was Simon Le Bon, whose vocals made her, literally, giggle and cry simultaneously. Most girls were obsessed with at least one member of the band and some of the guys I knew tried very hard to look like them. I knew through the reputable tabloid press that John was an Aries and that he wore red g-strings (to this day, I still remember all of their ‘signs’). Silly things like that fill the lives of teenage girls, or did in the early ‘80s. When I reached high school, there were actual arguments between the Duran Duran, Wham! and Spandau Ballet clans over who was the best band.

Ah, the ‘80s. Such a ridiculous time to be alive and yet, so magical!

This brings me to the point I wish to make about this DVD, Duran Duran: Live from London. I am a die-hard Duran Duran fan. I paid good money to see their tour in Brisbane in 2004, along with hundreds of other women around my age. I still get excited when I see any of their music clips because it takes me back to the beginning of my libidinous development: the first men I ever had a crush on (besides Rick Springfield, of course). So it is impossible for me to write an unbiased review of this DVD. I thought I’d let you in on that secret up-front.

Having said that, even if I weren’t mad about them, there is everything to love about this offering. This DVD is live footage of their ‘revival’ tour in 2005. Filmed in London, this concert is a blast from the first song, (Reach up for the) Sunrise, to the last, Rio. The boys still look fine (particularly John… yes, still…) and it’s great to see Roger Taylor, their original drummer, take a place with the band again after withdrawing from the limelight some years ago.

It’s easy to forget sometimes what great musicians many bands from the ‘80s contained, as people pooh-pooh them into the ‘Glamazon’ era of music: all production, no talent. But the combination of John on bass and Roger on drums forms such a powerful percussive section that it’s impossible not to get carried away with it. Nick Rhodes on keyboards is still the edgy and current musician, always seemingly the person who brings this band into each new decade. Andy Taylor is a phenomenal guitarist, and when he plays he looks as if he really enjoys being a rock god again. Simon Le Bon is a born poser, and thoroughly suits the role of lead singer, camping his way through mid-song dialogue, flirting with the crowd. His singing is far better technically to when he was younger, which is refreshing.

Personal favourite highlights from this DVD are their performances of Come Undone, Night Boat, Ordinary World, The Chauffeur, I Don’t Want Your Love, and Rio, along with the audience reactions which range from hysterical cheering to hysterical weeping and every range of hysteria in-between. They obviously still have whatever ‘it’ is to have that effect on people after all these years. Backing vocals by the extraordinary Sara Brown and saxophone by Andy Hamilton add to the fullness of sound in this live performance.

The booklet inside the pack contains a set of 3D glasses to watch the 3D version of I Don’t Want Your Love, contained in the bonus features section. Along with a photo gallery and song commentaries, there is also a documentary containing interviews with the band members. If you have ever wondered where their name came from (and this question does pop up in Trivial Pursuit!), who their influences were, and what experiences they had during their time as one of the greatest bands in the world, this is fascinating watching. This deluxe edition also contains an additional CD containing 10 live tracks.

For me, this DVD is fabulous proof that some bands from the ‘80s were actually ultra-talented musicians and not simply over-hyped. That after the hype has died down, they still offer up incredible songs that make you laugh, cry, bring memories back to life and create new ones. Duran Duran is a phenomenon, one that thankfully still has a lot more to offer. Yes, and I still want to shower them in kisses! Some things never change.