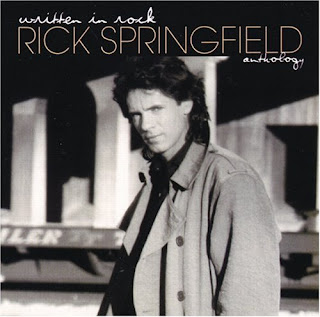 The early 1970s was a difficult time in the Australian music industry to achieve a hugely successful international career as a musician. In the mid 1970s Rick Springfield left Australia for Malibu in the US in his search for stardom, which he eventually found with his fourth album Working Class Dog, released in 1981. Although an Australian, Rick has only returned once to Australian shores for the purpose of touring, in 1985, preferring to concentrate on his massive popularity across the US.

While everyone knows songs like the 1981 hit Jessie’s Girl, Don’t Talk to Strangers and Affair of the Heart, not many people in Australia are aware of the enormity of the Rick Springfield phenomenon in other parts of the world, particularly the US and Japan.

At 56 years of age, and with a musical career spanning over three decades, Rick is still very much alive and kicking, performing for approximately 45 weeks each year in the States. His critically acclaimed album of 2004, shock/denial/anger/acceptance, earned Rick a new breed of fans: those more interested in his lyrical content and musicianship than his good looks. For, although Rick the actor has appeared in General Hospital (the show that propelled him into stardom in the US) and the movies Hard to Hold, Nick Knight and the Battlestar Galactica pilot, it is his musicianship he should best be regarded for.

This compilation disc, Written in Rock: Rick Springfield Anthology, is – although difficult to comprehend, considering the amount of other compilations of his music on the market – the first time Rick has ever been involved in a compilation of his own work, and the result is impressive. Spanning his entire career, from his time in Australian band Zoot in 1970, through his heady Jessie’s Girl days and his first experiences with depression in the mid to late ‘80s (admitting he hates that he writes his best music when he’s unhappy), to his most recent releases, the cathartic shock/denial/anger/acceptance and his latest disc – a beautiful collection of covers of songs he wishes he’d written – The Day After Yesterday.

Standout tracks on this two disc set, that spans 14 albums, are Believe in Me (the song that ensnared me when I was only four years old and already pilfering my older brother’s music collection), Calling all Girls, Souls, Affair of the Heart, Love Somebody, his atmospheric cover of Mondo Rock’s State of the Heart, The Power of Love (The Tao of Love), It’s Always Something, Ordinary Girl, My Father’s Chair, and Beautiful You. While his music is still predominantly guitar-based pop/rock, his lyric writing has progressed in leaps and bounds in the last decade. An incredibly frank and complex personality, Rick’s lyrics are powerful and many people relate to them in an intense way. Possibly, and I go out on a limb here, it is ironically his insecurity that he wears on his sleeve that makes him so popular.

Rick recently had a successful tour before Christmas 2005 of Tokyo, prior to spending some time with his extended family in Australia. Hopefully the next time he comes here it will be to play his music for us, generations of fans who have yet to experience his live performances, which I am told by his fans in the US have to be seen to be believed. His energy and personality, as well as talent, are what have held his career in stead during more difficult times he’s experienced with the inevitable ups and downs of a career as lengthy as his.

This set has some deeply personal liner notes written for each song, Rick putting them into the context of his life and career. It is fascinating to read what goes through the minds of musicians when they write songs; I wish more of them did this! Some of the old and new photos set my heart aflutter – he’s still sublime – but it’s not his movie star looks that he should be remembered for, it’s his fantastic song-writing talent that has endured since the 1970s that should be celebrated. He still has so much to give musically – some of his latest releases have been his strongest – and I personally can’t wait to see what he does in the future. He is inspiring.

This review was also contributed to Faster Louder.