At the end of December in 2010, parts of regional Queensland began experiencing flooding. This worsened until in January 2011 Mother Nature began displaying her fierce potential, reminding many residents of the worst flood we'd seen previously: the flood of 1974.

On January 11 the city of Ipswich, west of Brisbane, experienced severe flooding and by January 13, that water had made its way down to the Brisbane CBD.

These photos are of the area near which I live and are in no way a comprehensive listing of the damage. Regional areas throughout Queensland were also greatly impacted, specifically Toowoomba, Rockhampton and Grantham.

More information on the floods can be found on the ABC news site, and you can donate money to the relief efforts.

The photos below were taken around 9.30am on Thursday 13 January 2011 in the Brisbane CBD and at Rosalie in the western suburbs.

(All photos owned and copyrighted by me, Amanda Schneider 2011) 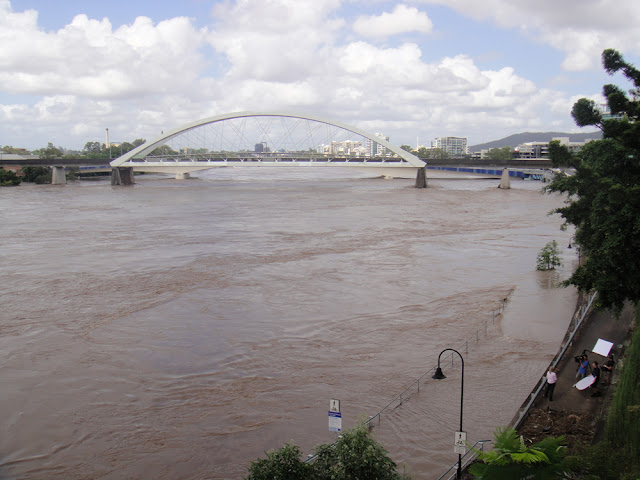 Taken from William Jolly Bridge looking toward Go Between Bridge 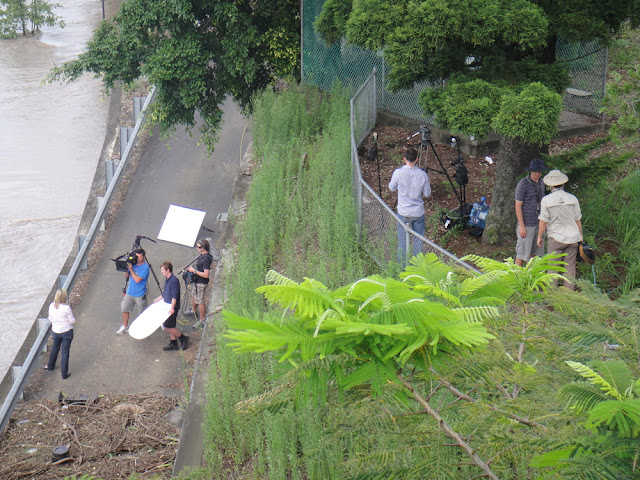 Journalists set up alongside the engulfed bikeway 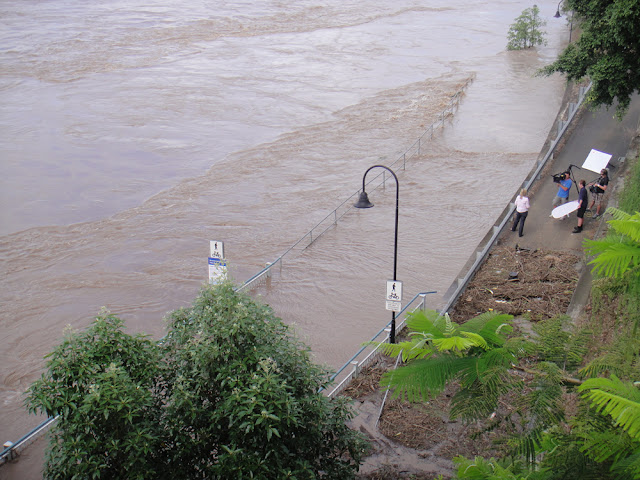 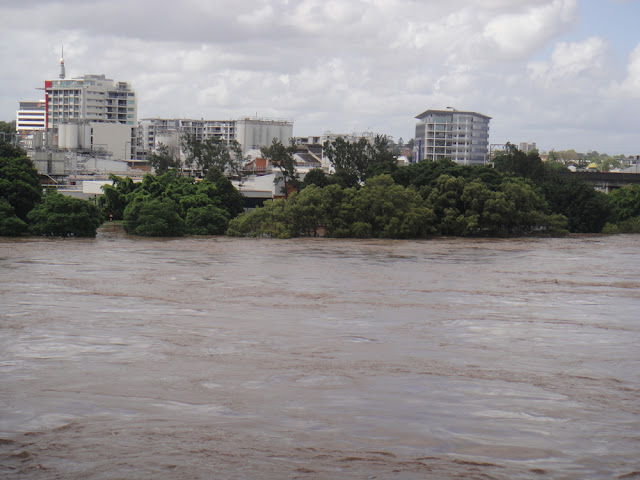 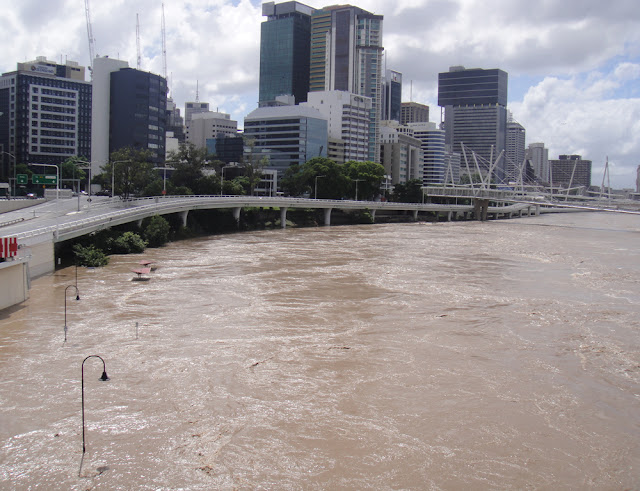 View from William Jolly Bridge looking toward the CBD 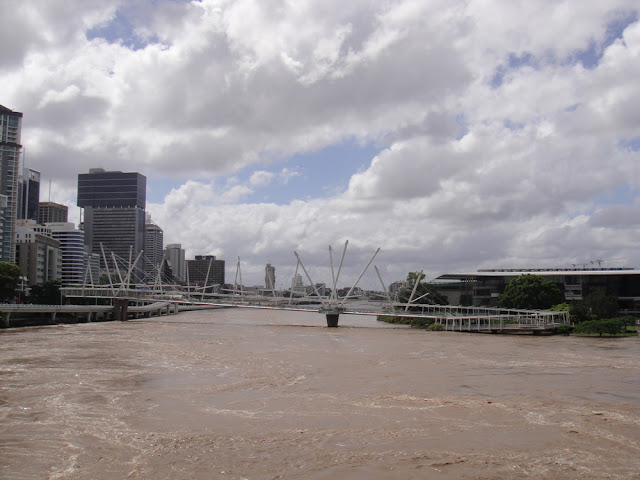 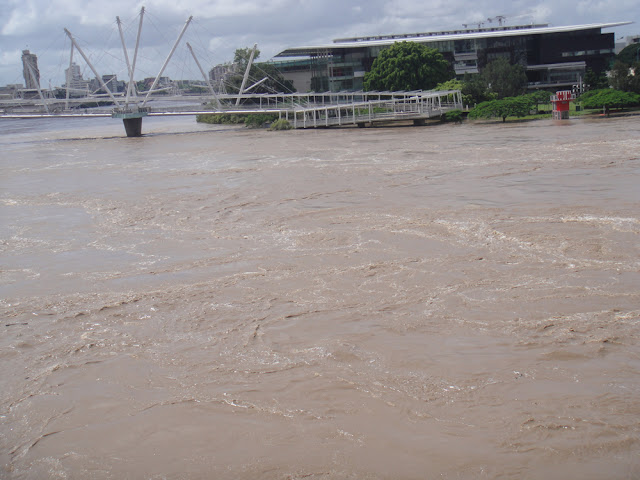 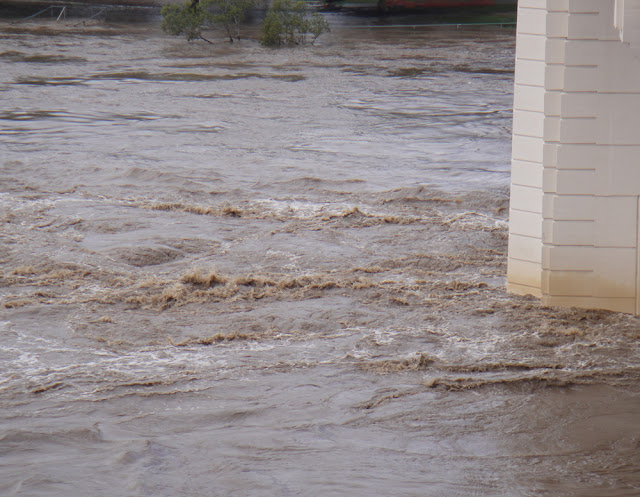 The force of the water is phenomenal 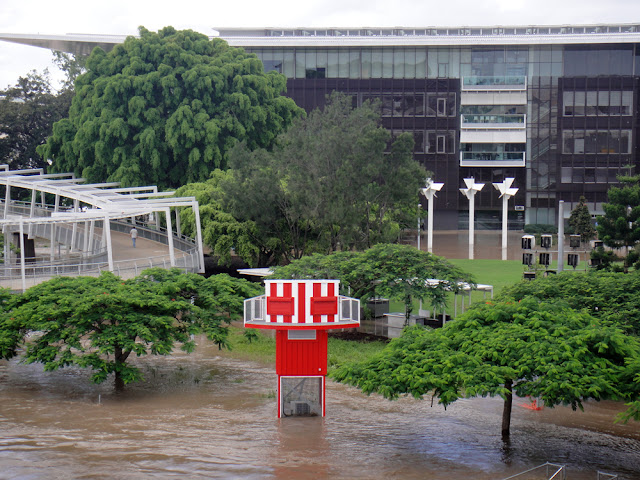 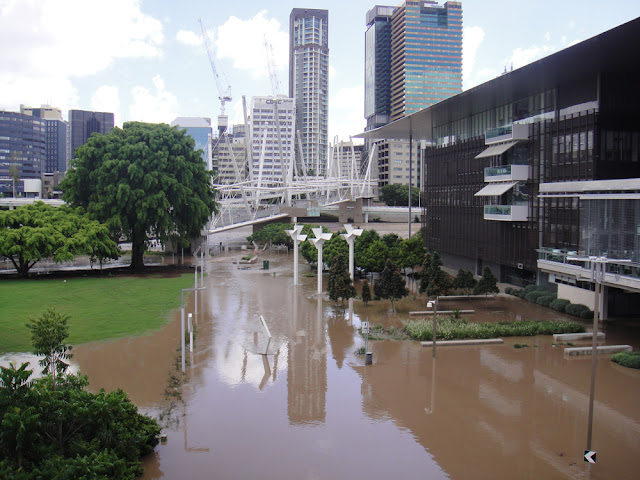 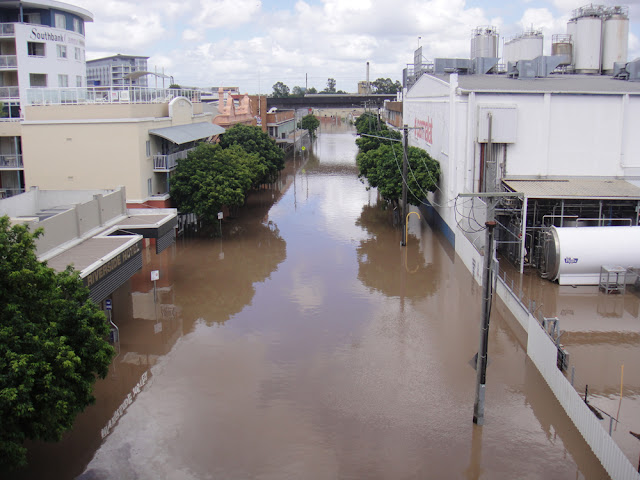 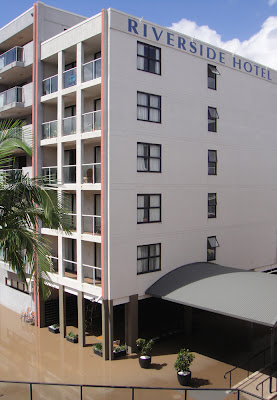 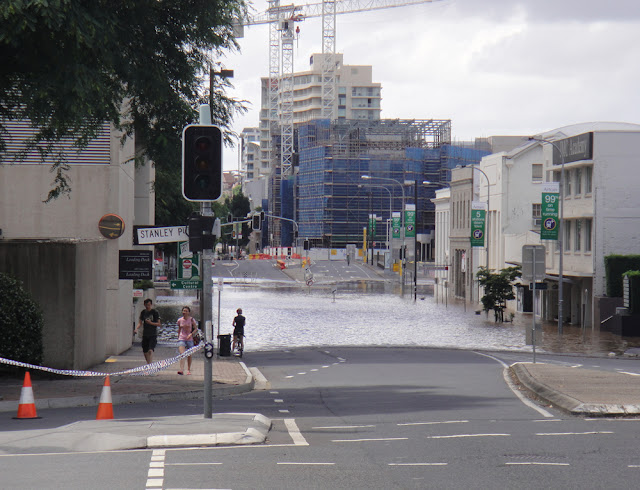 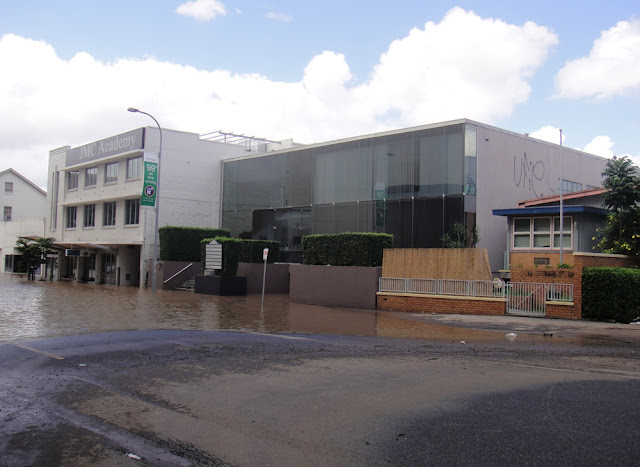 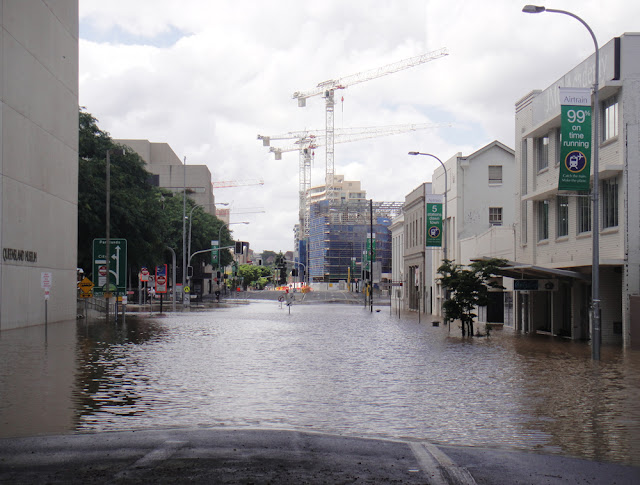 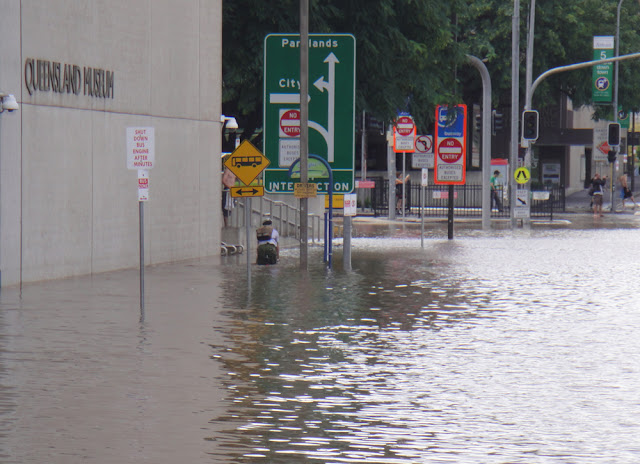 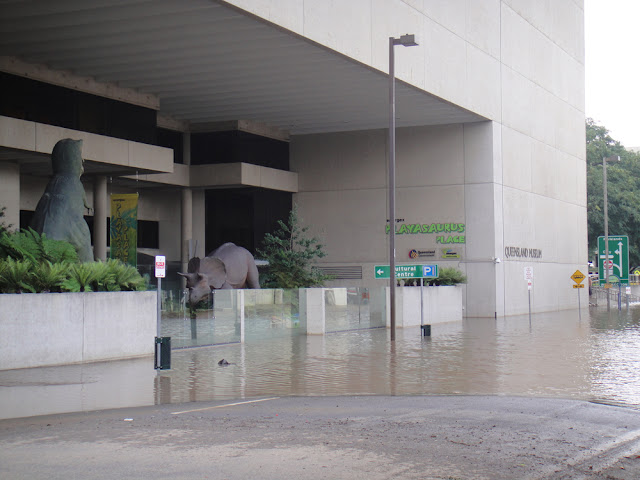 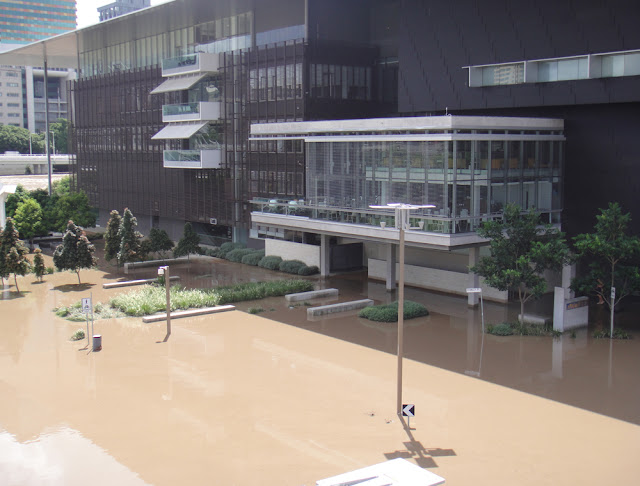 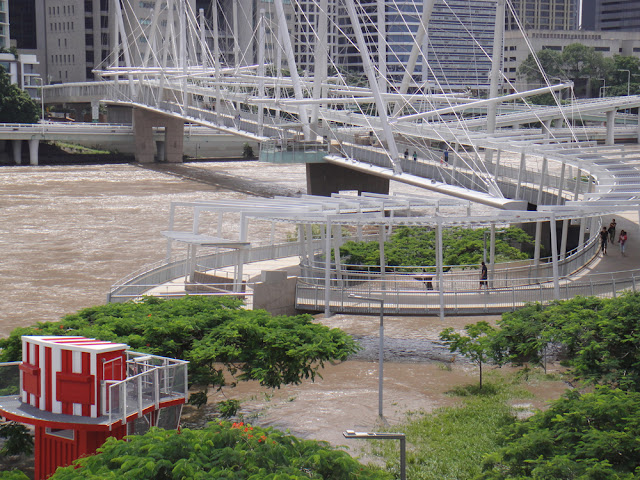 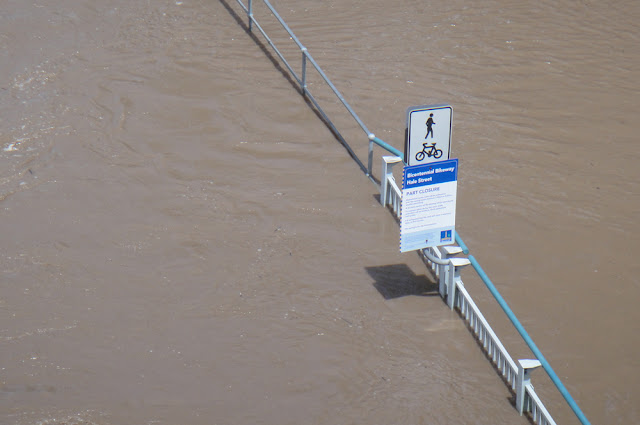 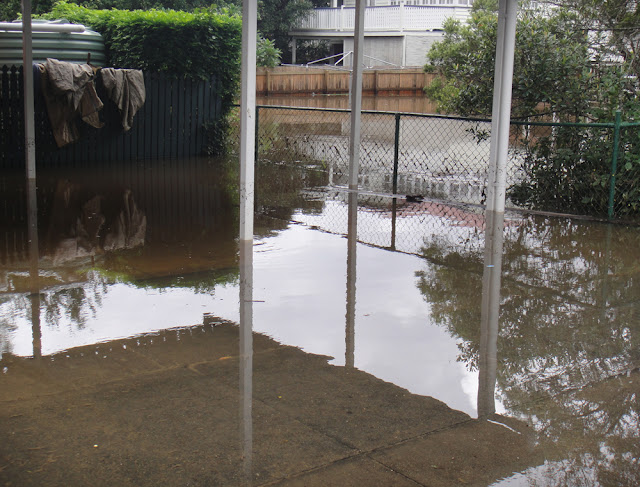