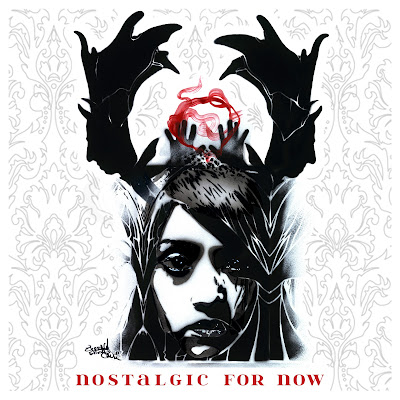 Electronic glitch rock group Mr. Meeble has released a new EP, Nostalgic For Now, on the Phoenix-based label, Absolute Motion.
The duo of Devin Fleenor and Michael Plaster completed the tracks during their European tour in the fall of 2011. In addition to the EP, the band has created a technological spectacle in the form of the Star Power music video (which you can watch at the end of this review).
“My life is a complicated, intense and beautiful mess - I'm guessing the music reflects that,” says Devin Fleenor.
The EP "sounds like remembering", according to Fleenor, who describes it as a more optimistic work than their 2008 full-length debut, Never Trust the Chinese.
"Our first album...is the dark aftermath of a real life catastrophe. Nostalgic For Now comes from a happier place, but don't expect upbeat. My life is a complicated, intense and beautiful mess - I'm guessing the music reflects that."
The EP's six tracks - Liar, Star Power, Gift, Hotel Window, Liar (Soulwhirling mix), and Gift (Sergey vs Meeble) - continue the reputation this band has held in my mind since their first album. Lush, overwhelmingly rich resonance, waves of emotion.
Liar has a melancholic air with haunting vocals and a foreboding percussive element. Elements of glitch and a guitar solo towards the end lend an almost aggressive closure to the tale. Star Power has a gentle groove that compliments Fleenor's delicate vocals. This song has the power to transport you beyond your daily grind. Gift's keyboard melody is hypnotic and Fleenor's vocals on this song are emotive and raw. The percussion's timing is complex and is the star, with guitar and synth gliding above.
If you're after comparisons, Mr. Meeble reminds me of several bands, but their sound is their own. There are hints of The Deftones, Massive Attack and Telefon Tel Aviv in the sounds on this new EP, but only hints.
Mr. Meeble's live show revolves around captivating visual elements using powerful RGB lasers, videos, and other contraptions like a custom-made infrared-projection bodysuit named the 'ghost portal'. This bizarre visual device is featured heavily in the Star Power music video (below). The next wave of live shows is currently being planned for the US fall of 2012.
You can find out more from the Mr. Meeble website.