Where does this story begin?

I'm 12. It's 1982. I'm in my first year of highschool. I'm studying art and my teacher has taken our class on a trip to the art gallery, where there is a pop art exhibition. For the first time in my life, I'm in the big city and at an art gallery...and the walls are covered with Lichtensteins and Warhols...my concept of 'art' changed forever.

I started reading about Andy Warhol and this concept - The Factory. I read all I could. The subject matter consumed me. I learned about this band named The Velvet Underground that had existed before and around my birth. Back in the '80s, it was hard to get your hands on music - no internet - so I couldn't actually hear their music. I had no pocket money, no record stores in my town stocked the band's music. But I fell hard for their way of life, for challenging the status quo. For blending music and art, my two great loves. 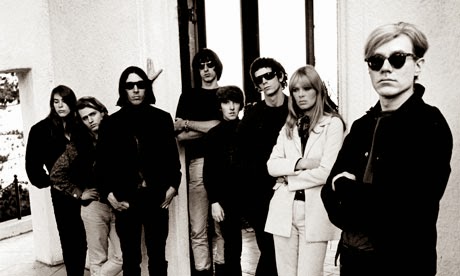 When I was 16, bedecked in a black turtleneck, denim jacket, little black bob with bangs atop a child's face, mind open to anything...I heard them for the first time. My sister's friend used to love blowing my mind with music. I was like a sponge. He had the most amazing record collection, and from it he plucked the 1967 album The Velvet Underground and Nico. He gingerly slid it from its protective sleeve, and placed it on the record player, careful not to touch the tracks. The needle slipped into place, that crackle at the beginning of all old albums...then...


Music so gentle, childlike, then this beautiful whispering tone of a voice...it was very different to what I'd anticipated.

The man was Lou Reed.

That was the moment he started to mould me in almost every way imaginable. 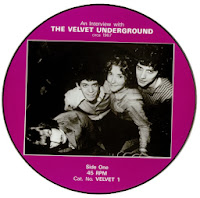 This friend also gave me a picture vinyl for my birthday. It featured an interview with The Velvet Underground and a live performance. I still have and treasure it.
When I was 17, the music video for No Money Down was released. I couldn't believe this was my Lou...the video was tacky - filled with the latest in '80s 'high-tech' special effects. I was confused how this could be the same man. Only as I aged did I understand this was just one of the many steps Reed took throughout his career to challenge the norm and to progress with his social commentary.

Every time I met someone who knew more about music than I did, I'd quiz them about the band. I made another friend when I was 18 who was also a fan, and he would play their music for me on a turntable on the floor as we lay in bed, eyes closed, exhausted from clubbing at 5am, his cigarette smoke drifting to the ceiling. He introduced me to 1970s Reed in the form of an album named Berlin.


This album introduced me to the darker side of the man I'd begun to know. It was strange and beautiful - two qualities that have forever remained complementary in my mind instead of opposing. It was written in 1973 as a sort of rock opera about a doomed relationship. It merged perfectly with my teenage angst and sadness. It was then that I began to consider Reed as one of the most incredible lyricists I'd ever heard. Stories told to me in that fragile, often breaking voice. As a pianist, it also showed me how that instrument could accompany storytelling in a powerful way. Reed's studies under the poet Delmore Schwartz were evident...the influence remained with him throughout his career as a musician. The story was always the most important aspect to the song.

Gradually, as music video shows stopped broadcasting only Top 20 hits and began showing older clips did I finally see The Velvet Underground, Walk on the Wild Side and other performances by Reed. My respect for the man and his music grew. I became obsessed.

I finally had my own money and could buy 1968's White Light, White Heat, which featured one of my favourite songs, Here She Comes. I also bought 1969 : The Velvet Underground Live. What an incredible album. In the late '80s and early '90s, bands started covering The Velvet Underground's music - every band I liked cited them as a major influence - and...for a while...it became popular in the alternative scene.


I slowly, throughout the years, have worked my way through Reed's solo discography, his achievements in The Velvet Underground fading a little beneath the substance and sheer quantity of music he went on to create in his later years. His work has continued to astound and surprise me, and that girl who first heard his voice in the '80s is still present whenever I listen to him.

While Reed was married twice before, it was his most recent relationship with the respected and innovative musician Laurie Anderson that was a thing of beauty. It seemed so right. These two individuals, both always on the fringes, merging together...


It's Anderson I think of today. She has lost the one she loves, while we've lost one we admired from afar. I feel for her and for his friends.

As I write this, I can think of a large number of young bands whose music glistens with the influence of Reed and The Velvet Underground. Singers who don't allow their fragile voices to prevent them from weaving entrancing stories. Musicians who allow the space to speak, and the mood to take effect. I encourage you to read more about Reed, to listen to more of his music. To allow it to influence your music, your art, your life. That way, it's as if he never really died...he can just keep on pushing the boundaries through others...

I'll leave the last word to Reed. Because when he spoke, it often made a whole lot of sense.

"I always believed that I have something important to say, and I said it."